My time at the Recurse Center is halfway over, and the next portion starts this Tuesday on Jan 3rd in the new year after a week hiatus. There will be ~30 new faces joining and only 6 weeks left of the batch left. Two months have flown by and so much has been done it’s hard to gather and describe so I’ve decided to quantify it integers and data form.

I started my batch originally on November 7th and 55 days have elapsed. During normal RC weeks, I get in the morning in the space around ~8-9am in the morning and leave ~11 pm averaging ideally around a 14 hour work day. I use a few tools to track my time and what I did during my batch detailed here.

In the past two months, 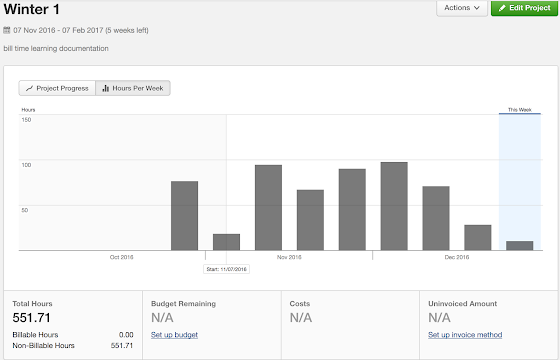 _Cumulative time over 2 months from Harvest_

But also lots of fun things… 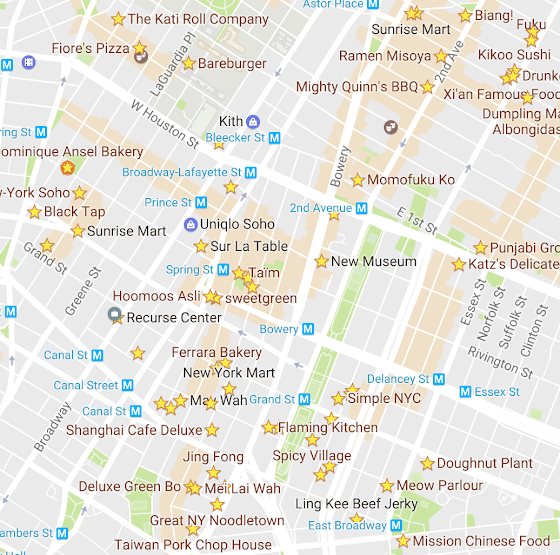 To solidify this as a new years post, I’ll lay out my next 6 weeks in Resolution form:

I want to pick back up learning Machine learning and building a small production ready system. I have been going through the fast.ai by Jeremy Howard and Rachel Thomas which teachers ML from a coder’s perspective. Similar to great work done by Andrej Karpathy to make the field more accessible for everyone.

Both Malcom Gladwell and Peter Norvig point that practicing your skill is the only way to increase your expertise in your respective way. Although I spent 130 hrs of my time at Recurse zoned in coding, it only made up about 1/4th of my time there. Finding and cycling through project ideas led to just less code being written. I hope to get it closer to 50% and decrease my general downtime. Aiming to narrow down and focus on specific project ideas.

Get better at writing

Been blogging more as a self-reflective mechanism and share my knowledge and experience. But writing is tough and each entry takes hours to produce. I want to practice timeboxing entries while keeping up quality and improving my writing both technical and non-technical.

Will be looking in February for full-time positions! Been a generalist engineer the past few years but want to maybe focus in on a product or service team in my next role. Maybe still doing full stack web or trying out systems or data engineering as a next step.

Ringing in the new year and looking optimistically at the next few weeks and onward into 2017!